Three lawyers move up the ladder at K...

Talk to us now about Provisional Tax

Thinking about separating - an overvi...

Proposed changes to the bright-line t... 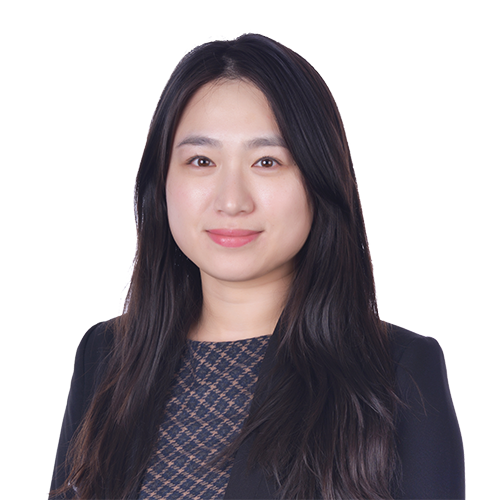 Employee theft can be an unfortunate reality of doing business, irrespective of the industry you’re in. But for many employers – even within the legal profession – there’s often uncertainty about the best way to handle the process when it’s uncovered. Though the surrounding circumstances of employee theft can vary, Julie Ding, director at K3 Legal, believes that there are a few key factors which can be enacted.

“When you discover employee theft, I think you need to really be aware that you may not have uncovered the full extent of it,” says Julie. “Securing your assets as soon as possible is critical, so that you can determine the extent of the damage.”

Depending on the level of theft suspected, Julie suggests an immediate freeze on company assets -- especially bank accounts. Offices should be checked to ensure that valuable items can be secured, records are kept safe, and petty cash should be counted.

“The next step is to ensure the electronic files and material are also saved,” says Julie. “You can also look at hiring an IT technician to ensure your data is safe and that the employee in question doesn’t have access.”

But what about the employee themselves?

“Check the employment agreement and/or company policy for a suspension provision,” says Ding. “If there is one then this could be enacted immediately, preferably in writing.”

Ding advises looking through physical records and electronic records for any proof of the theft, e.g. footage, receipts, emails, saved documents, browser history. Collect as much information about the employee as possible from the records held by the employer and any devices that are owned by the company and used by the employee. Phone records and saved files may reveal further information.

“These need to be carefully combed through to see if there is anything to trace the theft,” says Julie.

If, after investigation, the employer finds that the theft was relatively confined – and there is sufficient proof – the next step Is to inform the employee they have been dismissed in accordance with the provision of their employment agreement re: theft.

“It’s vital that this step is only taken when there is objective proof, not just speculation,” stresses Julie. “If the employee stops coming to work, they might have caught wind of the fact that they’re under investigation. This would be deemed to be abandonment of employment and should not be permitted to return to work.

Depending on the value of the theft and whether or not the employer wishes to expend any resources in pursuing it, the most straightforward and cost effective way is to present the proof that has been collected together, and to send this to the Police for investigation.

“If the proof collected is clear, then it is highly likely the Police would bring charges against the employee,” says Julie. “If this occurs, the employer is entitled to seek reparation in the court process if the employee pleads or is found guilty and is sentenced.”

However, if the is not clear, then not only would the Police be unlikely to investigate, the employer could open themselves open to a claim to the Employment Relations Authority for unjustified dismissal, lost wages, and compensation for hurt and humiliation, cautions Julie.

There is an option is to bring a claim against the employee in the District Court, but Ding notes the costs are not usually not worth the amount of funds that have been taken.

“If it doesn’t meet the threshold of $350,000 for the High Court, then it will need to go to the District Court,” says Julie. “It’s not always economically viable to pursue the debt.”

If a major theft has been uncovered in the course of collecting proof, then the immediate step to take would be to apply for freezing orders in the High Court against the employee’s assets, and to apply for disclosure to determine where the money has been transferred to.

“The application needs to be specific, so it’s vital that the evidence being relied on is clear, reliable and as complete as possible,” says Julie. “Freezing orders are ex parte – therefore all information within the knowledge of the employer will need to be presented to the court in order to obtain orders.”

“To ensure there is maximum recovery, civil proceedings should be brought first,” says Julie. “Then once those remedies are exhausted, the claim could be filed with the prosecuting agencies.”

“Similarly reparation can also be sought by the employer, if the employee is charged and is found guilty or pleas guilty, at sentencing,” says Julie.

Getting your due credit