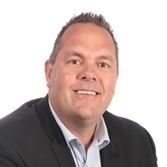 IRD recently announced a crackdown on Real Estate agents, stating “we have identified that these groups are claiming a high level of expenses relative to their income”.

According to IRD, their information suggests some agents are claiming private expenses, without keeping logbooks or retaining other business records to support a deduction.

IRD says it will be focussing both on the under-reporting of income and over-stating of expenses as part of its new campaign.

Previously, IRD launched an education and awareness campaign, encouraging agents to “do the right thing from the start”, in an effort to curb malpractice.

They are now moving to the next phase of their campaign, identifying those who fall outside industry norms. If it is found that agents have been over-stating expenses, under-reporting income or having any other compliance risks, they, along with the accountants will be sent a letter advising of the review.

Information requested will include, things like bank statements, invoices, a logbook and any other information to confirm the expense is deductible.

For real estate agents who have questions or concerns around the Inland Revenue crackdown, feel free to get in touch with us for a free initial ½ hour discussion. Contact Richard@k3.co.nz.