James Nolen leads K3 Legal's Restructuring and Insolvency team. With the surge in work across this specialty area of law recently, James has been fielding a lot of questions. We've rounded up a number of these questions here to provide a bit of background on James, his role and responsibilities. 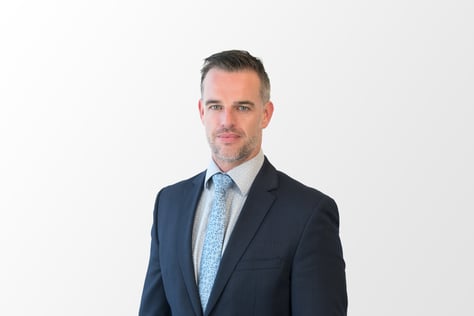 What made you choose a career in law?

It was somewhat by default after a process of elimination. Through school I always had an expectation that I would attend university and pursue a white-collar profession, but with no particular interest or ability in the sciences or maths, the options were narrowed. I trod the common path of combining law studies with a commerce/management degree but with a naturally competitive (and some might have said argumentative) nature, law was the obvious default. The variety of a career in law makes in both challenging and enjoyable.

As a restructure and insolvency lawyer, what does your role involve?

The role is varied, which is one of the reasons I enjoy it. I can act for creditors, debtors, company directors, or insolvency practitioners, and each situation will be quite different. There is front end advice in anticipation of a possible insolvency event, with the hope of avoiding insolvency, right through to litigation to enforce a party’s rights when an insolvency event occurs.


What do you love most about your job?

Being a problem solver and a trusted advisor. While carrying the burden of a client’s problems can be stressful, it is such a good feeling when you can assist in resolving them, whether it be through success in the courts or a pragmatic, negotiated outcome.

Most interesting case you’ve come across in your line of work so far?

In recent times, it has been the High Court case where the liquidators of Mainzeal Construction sued the directors of Mainzeal and related companies. The trial lasted 9 weeks in the back end of 2018 and judgment was issued in early 2019. We were able to obtain a very favourable settlement for our client (a director of entities related to Mainzeal, but not Mainzeal itself) in the fifth week of trial while the Mainzeal directors were eventually found liable for $36 million. The liquidators argued for a novel approach to quantifying loss and the Court found on a different basis altogether. The case is scheduled for a five day hearing in the Court of Appeal starting on 27 July, which should result in some much needed clarification of the law relating to directors’ duties in New Zealand.

Number one piece of advice for clients when considering commencing insolvency?

Get advice as early as possible. It’s a cliché but the fence at the top of the cliff is far more effective than the ambulance at the bottom. Restructure and rescue options become increasing limited the closer a business is to insolvency.

Most common mistakes you’ve seen made by business owners leading to insolvency?

Ignoring creditors, or some of the creditors, and not communicating with them.  Any creditor has the potential to be the one that tips a business over. Often there is a focus on the largest creditor, or the one agitating the most for payment, but it's important to try to deal with all creditors and agree a payment plan at the earliest stage possible. Good communication can save a lot of angst and most creditors will actually be pretty reasonable provided they don’t feel ignored or that others are being preferred.

What is going on at the firm? Are there any new programs and initiatives that you’re particularly interested in?

The firm, as part of the K3 Group, is going from strength to strength. Around three years ago we launched the K3 brand and added the consulting and accounting divisions of the business to the legal offering. We now have all three businesses operating at our purpose-built premises and we are seeing the synergies and benefits of a boutique multidisciplinary offering. It was always going to be a bit of a risk taking on a new model that branches out from the traditional law firm offering, but it has been very satisfying to see the vision come to fruition and continue to flourish.

What has been your proudest accomplishment in the last year or so?

It has been fantastic to see the firm gaining recognition from our peers and the industry. We were finalists across three categories of the NZ Law Awards last year, winners in the innovative firm list in the last two years, and are starting to gain some traction with the leading international directories’ rankings.

What should the profession and law firms focus more on?

Commercial outcomes and cost-effective solutions. As a litigation practice, we too often see opposing parties and counsel adopt unnecessarily combative positions that ramp up costs and make win-win outcomes difficult. It is possible for parties and counsel to cooperate on procedural aspects of a dispute to ensure they are completed efficiently and to narrow the issues, while continuing to argue the ultimate merits. Cordial and respectful counsel to counsel communications should be the norm, not the exception, for the ultimate benefit of the client.